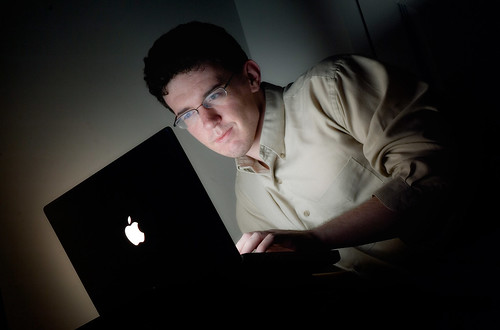 Self with extension of self
Originally uploaded by carpe icthus.

Uncharacteristically, I think it's been more than a year since I've Googled myself. A friend has suggested that I am fantastically easy to stalk. Clearly. In fact, I'm taking all shots at the title: Think you're easier to stalk than this? Bring it on.

Personally, I think stalkers like a challenge. I haven't been seriously stalked since the relatively Net-obscure days of the late '90s.