I've recently heard a lot of people say that they can't find the Sigma 30mm f/1.4 for the Nikon F-mount anywhere. It didn't make a lot of sense to me at first, since the Sigma has been out for a while, and I didn't have any problems getting one when it was just-released.

Remember this? The new camera line that Nikon has introduced for a fantastic price, but with one caveat -- no AF motor. Screw-drive lenses will not autofocus. One problem -- all non-exotic Nikon primes are screw-drive. The Sigma is the only thing that will work. This combo gets mentioned by a few popular reviewers (and likely every camera store wanting to make the sale) and BAM! Sigma's decision to make what had seemed to be an esoteric lens choice (in the "no one uses primes anymore" school-of-thought), must be making them a mint. 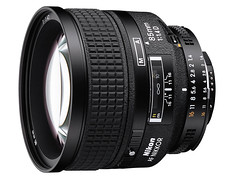 Introduction If the point of this series of reviews is to look at the equipment that I am most familiar with, tools that are recommended by the simple fact that they're what I grab when I need to do a job, then we might as well start with my favorite: the Nikon 85mm f/1.4. Pure and simple, this lens makes things beautiful. That's not always a good thing -- the world isn't always beautiful, and so my documentary work tends to lean away from the lens -- but when I want to present a slice of the world in a romantic light, this is usually the first thing I go for. 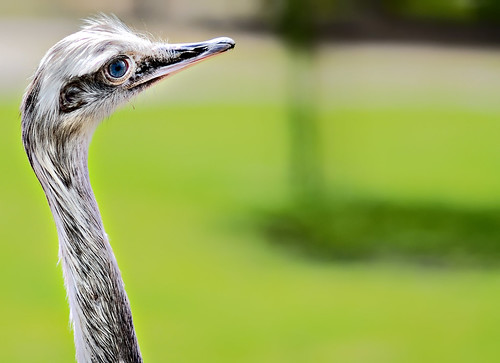 The most important thing about this lens is right in its name -- it's an incredibly fast telephoto (a short tele on 35mm film, and a moderate tele with a 1.5x digital crop). This has a few immediate and important implications, whether it's an 85mm f/1.4 made by Nikon, Pentax, Minolta, Zeiss, or whomever. First, the focal length fits squarely inside the "portrait range" -- usually about 75mm to 135mm. I dislike this phrasing, which is really mypoic in its definition of a portrait, but it basically means that you can take a head-and-shoulders picture of a person without getting distorted facial features, but without having to shoot at ludicrous working distances, making them bread-and-butter studio glass. The 85mm lenses may have actually become more important in the time of digital crops, because even when you crop it by 1.5x, it's still in the traditional portrait range, acting more like a 135mm lens. No, you're not going to get full-body shots of people with this unless you're working in a giant space, but now you can take tightly-cropped headshots without worrying about enlarging subjects' noses.

The second part is the f/1.4, which is photographer-speak for "really freaking light-sensitive." Canon makes an even more sensitive 85mm, but it makes trade-offs to reach the bleeding edge -- mainly slower focus, worse close-focus distance, a less wieldy size, and twice the cost (similar to the trade-offs you get from going from an f/1.8 to an f/1.4). The wide aperture makes it a great choice for available-light portraits and also gives you an incredibly shallow depth-of-field when you want it -- if having just one eye in focus is your style, this is the lens for you.

This photo shows both qualities -- while the light was of good quality, there wasn't very much of it. A fast lens kept the picture from being grainy. At the same time, the background is blurred into a pleasing pattern.

So does that make this a portrait-only lens? Of course not. Lenses are merely tools with a collection of characteristics. While this lens's characteristics apply well to portraiture, I use it for all sorts of different purposes. But let's get more into the details of this model.

Why the Nikkor rocks

I've never heard of a bad fast 85mm design, but there's more than that to why the Nikkor is my favorite lens.

1. It pops, even wide-open: What's the point of paying for an f/1.4 lens if you always have to use it stopped down? While contrast and sharpness increase slightly at f/1.8 or so, the difference is negligible in practice -- it starts out awesome and goes from there. When needed, I never worry about shooting this lens at f/1.4. 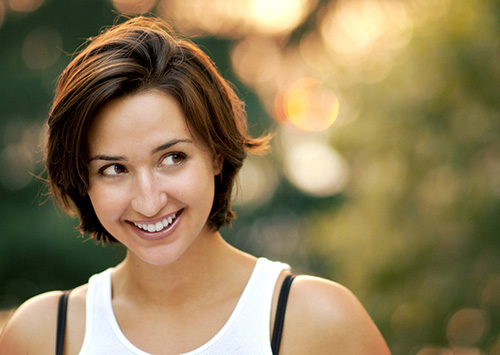 2. Bokeh: I hesitate to use the word bokeh, as it's a hot piece of jargon, but the 85mm  really does render out-of-focus parts of the frame, from highlights to color transitions to light contrast, darned near perfectly. This is a critical thing for a fast 85, since the focus is so selective. It goes beyond simple numbers -- the older, manual-focus 85mm f/1.4 Nikkor renders things in a noticebly choppier way. While this is subjective, from the 85mm f/1.4 AIS to the Zeiss to the Canon, I like the Nikon AF bokeh the best.

1. Focus speed: This lens is an older-designed screw-driven AF lens. So on cameras with weaker AF torque, it focuses fairly slowly. It's a joke on my F80, and won't focus at all on a D40 or D40x. On a D2X, though, it zips right along. It's slower than a lot of other lenses, because it has more glass, but on a decent body it's fast enough for action, if you know how to use it.

2. Build:  Yes, it's metal. Yes, it's sturdy in most circumstances. But again, there are usability problems with the older design. There's an extra switch-ring to slide from manual to AF focus modes that's a bit annoying, if you do that a lot. A lot of models have what is apparently a screw problem so that unscrewing the lens hood can actually unscrew the lens in half! This has happened to me; luckily you can just screw it back together and it works.

3. Size: I would put this in the positive category, since it's so much smaller than most of my other lenses -- I can pack it and the Sigma 30mm in the space where one of my other lenses go. But old-time photographers used to portrait lenses like the 105mm f/2.5 AIS tend to think this is a monster.

Things to worry about

1. Purple fringing: Especially wide-open, there is noticeable purple fringing on very sharp light-to-dark transitions. In some cases, this can show up on even small prints. Luckily this is really easy to take out in post-production, but you still lose contrast around the edges, and it requires the time of cleanup.

2. The lens hood: I hate the lens hood, and I'm not alone. Not only do you stand the chance of breaking your lens when unscrewing it, having to unscrew it in the first place is annoying -- the turn-and-click modern hoods are much better. Furthermore, there's no way to turn the lens hood around and fasten it for storing, and don't even get me started on how the lens hood interacts with the lens cap. Nikon's come a long way. The hood for the recent 105mm f/2.8 VR seems to do everything right, but this one does most things wrong. At least it's metal and sharp, so you can stap anyone who tries to steal your expensive lens.

3. It doesn't zoom: With the quality of digital ISO allowing smaller f-stops, primes seem to be falling out of favor. Lots of fantastic photographers have kits that never go wider than f/2.8, because they want the versatility. Personally, it works well for me -- it has a point-of-view, and I know what it is. I don't even need to be holding my camera to know what shot the 85mm would take if I were holding it up to my eye, so I can zoom with my feet beforehand. If you're strong at previsualization, prime lenses can work well. If not, they can be a pain.

When I use it

Although it's not a very well-kept secret, I still consider the 85mm f/1.4 my secret weapon. Because I'm confident in my previsualization, I use it where a lot of other photographers would be using a 70-200 f/2.8 -- fast action, rapidly-changing scenes, etc. This lets me get images with a unique look and to capture fast shutter speeds in lower light. If I'd had my 70-200 mounted, I never could have gotten this shot:

I even use mine in weird ways. I use it at f/1.4 with flash and a high ISO a great deal, which seems extremely counter-intuitive but which lets me bring a lot of ambient light into the picture for a natural look, even in dark rooms. 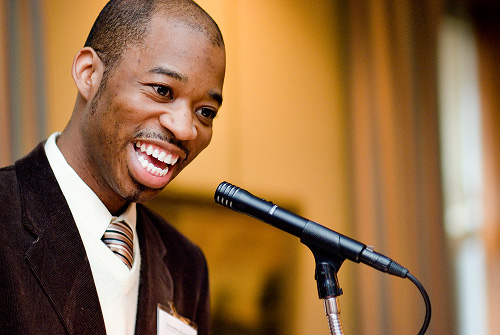 But that only works when I can move about freely. The less you can move, the less you can set-up a shot to meet your previsualization, and the more I'll reach for the versatility of the 70-200.

The cost dichotomy isn't all that great on the Nikon side. $400 versus $1,000. Certainly a big difference, but there are lots of people for whom the extra cost is worth it. In contrast, the (amazing) Canon 85mm f/1.2 is about five-and-a-half-times the price of their great f/1.8. There are very few people for whom that is a smart buy. My friend who's shot a stack of covers for Vogue uses the f/1.8. So, if you want to justify picking one of these up, you can always use the cost of the Canon to make yourself feel better. It works for me.

See hundreds of samples I've taken with this lens here.