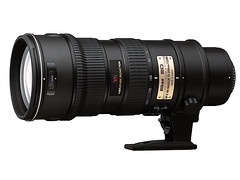 Sample photos taken with this lens

The 70-200 f/2.8 VR lens has an incredibly important place in the Nikon line-up, it's a key lens for professionals, who tend to use primes less and less these days. Unlike the Canon guys, who seem to produce a different sort of 70-200 every month, this lens stands almost alone in Nikon's fast AF-S moderate telephoto range. There's a 200mm prime lens that's twice as fast, twice as heavy, and almost three times as expensive, but that's safely in the "exotic" category. Since it has so little company in the line-up, it's a good thing it's fantastic.

That said, when I got this lens I said "man, I'm going to shoot with this EVERY DAY!" and instead I use it once a week or less. Why? Read on.

What is it good for?
There are three things that give this lens its essential character -- its range of focal lengths, its large, constant aperture, and vibration reduction. There's only one other lens that has all three things -- the nearly-identical lens for the Canon mount. Third-party manufacturers make fast telephoto zooms, and the Sigma versions even share silent-wave focusing with the Nikkor, but none have Vibration Reduction, which I find vitally important for a lens of this spec because a) It's long. It magnifies the world before you, which also magnifies camera-shake. Without VR you need very fast shutter speeds to get a consistently sharp image. b) It's very hand-holdable. It doesn't bother me much that the 600mm f/4 doesn't have VR, because you are almost always going to have that puppy strapped to a giant tripod. This lens is made for your shaky hands, so VR lets you use it in much lower light than a non-VR version. 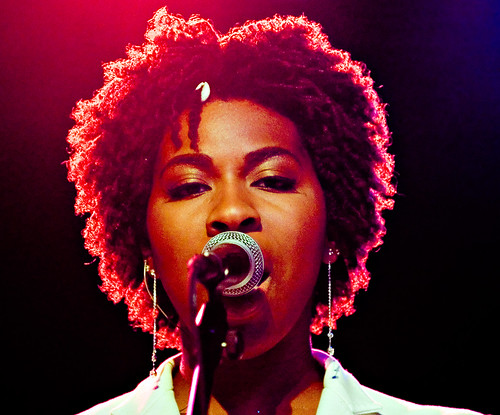 The lens is long -- on a DX crop, it gets *really* long, extending to the frame-of-view of a 300mm lens. That puts you in places you can't get to with your body -- right in someone's eye from across the room, to the action on a basketball court, or right into a lecturer's face. It also zooms almost 3x, so you can get a body shot and a headshot in quick succession, or cover different aspects of a scene when you aren't allowed to move (a common situation for professional event shooters)

The lens is fast, a constant f/2.8, allowing you to stop motion for sports and quick action quite well (though not as well as a fast prime)

When you put "long and fast" together, you get a third quality -- incredible depth-of-field control. Fully extended, this lens has an even shallower depth-of-field than the 85mm f/1.4. Not only can you get right in someone's face, you can blur out the guy sitting behind him 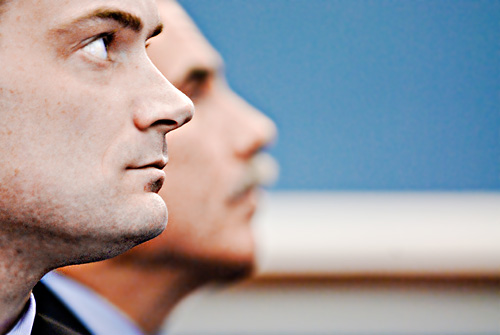 The downside of this is that when you want a good portion of the picture in focus, you have to stop down very far, so don't expect to do that in low-light.

As you can see, the basic specs alone make it an extraordinary lens. But there's more features that are specific to the model.

What's great about the Nikkor

1. The VR really works -- they say it's about a three-stop advantage, meaning instead of shooting at 1/250th you can shoot at 1/30th, but it varies a bit from frame to frame. If you can shoot a number of frames of the same scene, the VR can grab at 1/15th or lower. Your hit rate will go up with higher shutter speeds, of course, but in any case it's much better than non-VR versions. That said, the VR II in the new 105mm f/2.8 VR Macro lens does seem to work noticeably better.

2. Build quality -- extremely solid. Metal casings, a smooth, large focus ring, internal focus AND zoom so the lens never extends, a number of inuitive switches for focus limiting and VR -- it's got it all. Just remember to switch back any settings changes you make on the switches to a setting your comfortable with, or you may not realize you've turned off your VR until too late. 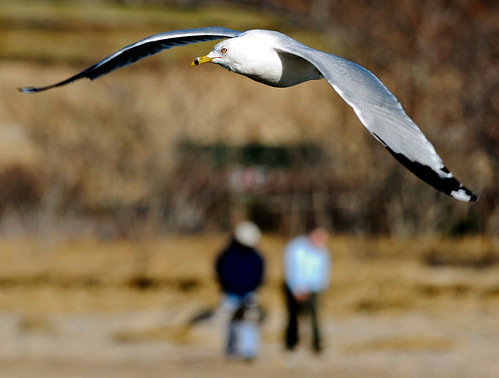 3. Lightning-quick focus. This is extremely important for a lens of this spec, which is often used to shoot fast-moving subjects. It's easy to grab, say, a bird in flight. It will focus more quickly than any cheaper Nikon telephoto, which mostly use screw-drives that rely on the torque of the body. On a D2-series camera the difference will be less than on, say, an F80 (which seems to have a little hamster running around as its focus motor), but it's there. On the D40 and D40x, all other fast telephotos won't focus at all (except for the aforementioned $4,000 beast).

4. The bokeh is quite good, but the 85mm f/1.4 is still the champ here. The 70-200 renders bokeh similarly to the 17-55 in my experience, although there tends to be more of it, thanks to the shallow depth of field. 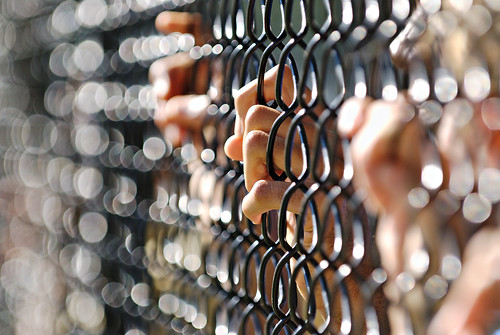 The Bad, or why doesn't this lens stay in my bag?

From optics to build, this is a fabulous lens, and it's a lot more versatile than the 85mm. What could possibly be wrong with this lens? For me, part of it is a matter of taste -- my philosophy for photojournalism is "get closer." On a DX camera, this has a the frame-of-view of a 105-300mm lens, which is a near-exotic focal length. Telephoto compresses the world together, blurs out the background and tends to make everything simple, pretty eye-candy. Whenever possible, I try to make the 85 my longest focal length and, when appropriate, to get even closer. That won't apply to many people, but it's worth mentioning. On a full-frame camera the focal lengths work better, but you bump harder into the next problem, which is:

Less-than-great close focus: You have to stand at least six feet away from your subject to get focus. Not a problem in most cases, particularly with a DX crop, but if you're shooting at 70mm on a full-frame camera that limit can really trip you up. Sigma makes a macro version that ameliorates this problem, but it doesn't have Vibration Reduction.

Vibration Reduction is inconsistent: The sharp among you might have read the paragraph on taste and said, "why doesn't he just take it and shoot at the shorter end instead of grabbing the 85mm?" Here's why -- I'm usually shooting in poor light, and Vibration Reduction, while great, gets different results from frame to frame. Sometimes it's tack sharp, sometimes it's very blurry. That's not a problem with the Nikkor; it's just how VR works on any lens that has it. A fast lens, though, is entirely consistent. I don't feel comfortable that I'll get most shots sharp on the 70-200 unless I'm firing at 1/80th f/3.2, whereas I feel about the same shooting at 1/100th f/1.4 with the 85mm. At those settings, the 85 is letting in four times the light, a huge difference.

It's big and heavy: I can store this lens in my shoulder-bag, but I can't store it mounted -- I have to switch lenses before using. It only feels balanced to me when I'm using the D200 with the battery grip (which makes it Nikon's biggest camera in its current lineup) I'm in pretty good shape. I can bound up my five-story walk-up without breathing hard, but carrying this lens around all day can leave me aching. The calculus might change a bit for you non-New Yorkers who have motorized vehicles to carry you about, but shooting a long event like a wedding with this thing hanging off your neck all day can wear you down. On the plus side, you might be able to pay for this lens by canceling your gym membership. 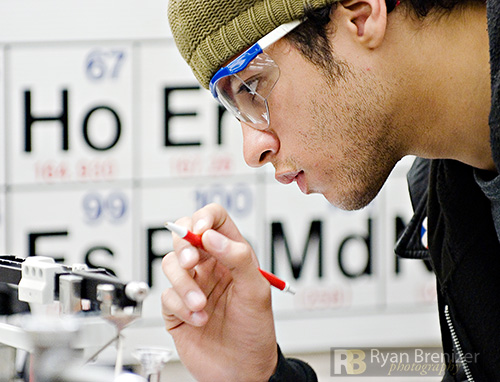 It's intimidating: I see a noticeably different reaction from subjects when I have this lens on. It's long -- that gives it a vector, and makes sure people know it's a telephoto. They know it's not just pointing at them, but that it's picking up every pore. In portrait sessions this doesn't matter much -- they're there to be photographed, after all, but it can make a difference for general candids. On the other hand, you can stand so far away from people that they might not see you at all.

It's really, really expensive. But you already knew that.

So why do I keep this lens around? Because sometimes you can't help but need telephoto, and for me simply nothing else will do. It's also notable that I took my favorite pictures of 2005 and 2006 with this lens, at opposing ends of its zoom range. I guess zooms are in vogue for a reason.

At the wide end: 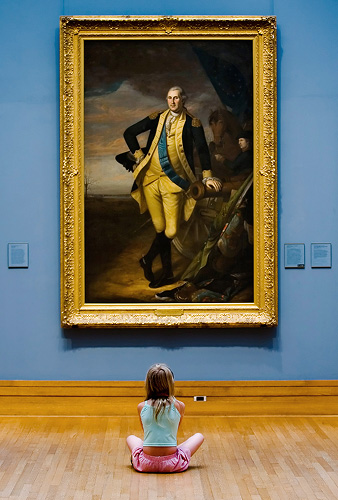 At the long end: 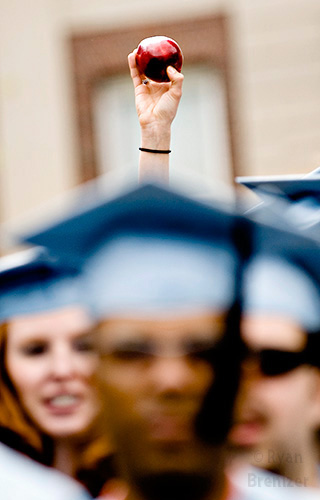